Many know the story of Mepkin Abbey, Mepkin Abbey is a community of Roman Catholic monks established in 1949 on the site of the historic Mepkin Plantation located on the Cooper River located in Berkeley County and just north of Charleston, South Carolina.  For more information on Mepkin Abbey visit https://MepkinAbbey.org

One of the hidden gems is when the monks first came to Mepkin Abbey in those early years at Mepkin to support themselves, the monks made cinnamon buns and sold them in downtown Charleston. Many Charlestonians still remember those days.

Here is the recipe for Mepkin Abbey’s Cinnamon rolls:

Mix all ingredients together.

If it is too thick to “drizzle”, add a bit more water.

Dissolve yeast in ½ cup warm water (105*-115*) with 2 teaspoons sugar and set aside for 10 minutes until mixture starts to bubble. Gently heat milk, butter and ¼ cup sugar in saucepan. Cool.

Whip eggs into milk mixture. Measure flour and salt into bowl. Make a well in the flour. Add milk mixture and yeast mixture into the well. Blend flour in with a fork until all ingredients are well mixed. The dough will be sticky.

Place dough on a work surface that has been lightly dusted with flour. Work dough with your hands until dough no longer sticks to your hands. See Note*(Don’t add more flour unless necessary.)

Please dough in greased bowl. Keep in a warm place and let rise until double.

After it has risen, place dough on work surface and roll into a rectangular shape ¼ inch think. Brush with melted butter and sprinkle with raisins and cinnamon sugar. (Reserve some cinnamon sugar if desired for topping)

After baking, while buns are still hot, sprinkle with remaining cinnamon sugar or drizzle with glaze.

*Note: This step can also be done with a paddle attachment on a mixer. Work until dough comes away from the side of the bowl and is no longer sticky. 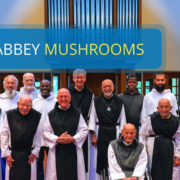